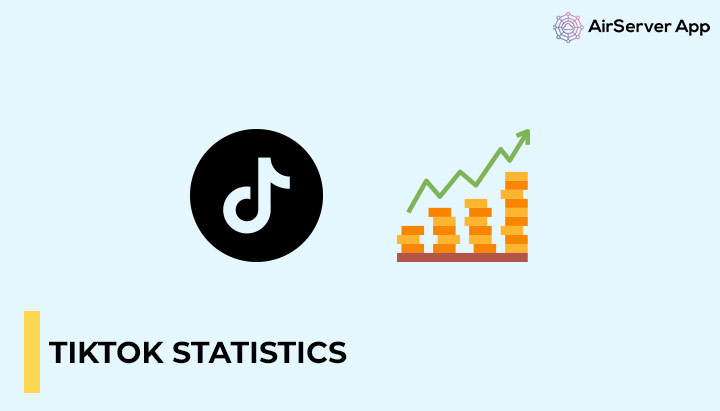 The craze of short viral videos started with the popular app TikTok worldwide and has now been adopted by all social media platforms. The app was launched by the Chinese startup ByteDance in 2016 as the international version of Douyin (a viral short video platform for China).

Despite getting restricted in countries like India and Indonesia, the app surpassed the 1 billion monthly active users mark in 2021. So, how much does this viral short video platform make every year? Here are some interesting global TikTok statistics including the users and revenue that will blow your mind.

How Many TikTok Users Are There Worldwide?

Currently, TikTok ranks fifth in terms of active users compared to other popular social apps. Four apps that have more users worldwide than TikTok are: 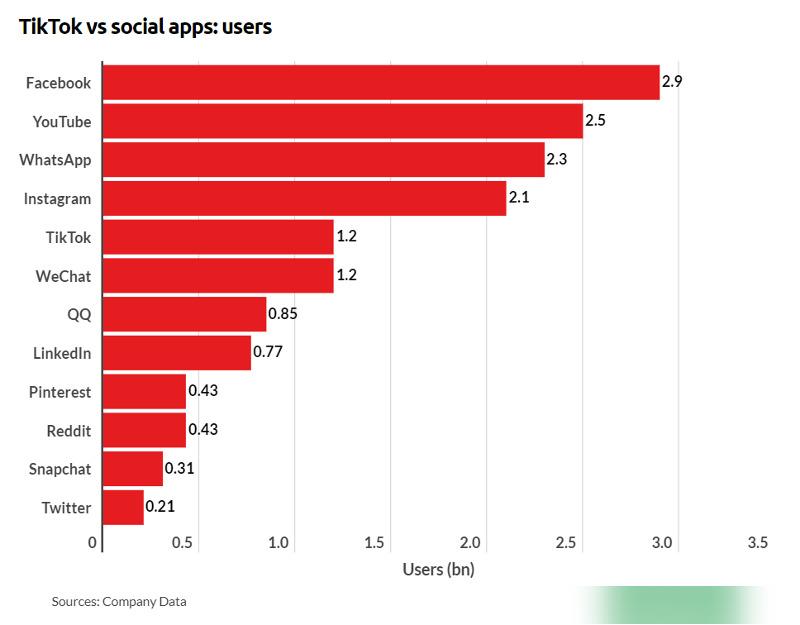 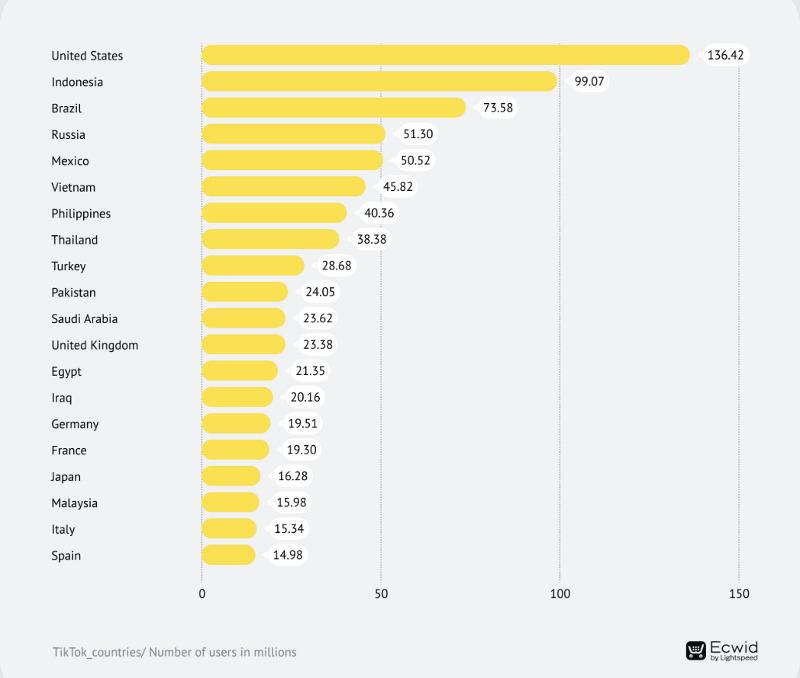 As Douyin is a top-rated short-video platform in China, experts believe it will surpass 835 million users by 2025. [Source: Statista, InsiderIntelligence]

The active number of TikTok users in Saudi Arabia is over 22.4 million. As of Jan 2022, active TikTok users account for around 88% of the total internet users in the country aged 18 or above.

As per the DataReportal’s report, out of the total number of active TikTok users, around 60.9% are males, while women account for only 39.1%. [Source: Statista, HouseofMarketers]

Since 2020, the number of active TikTok users in the UK has increased significantly, with a peak of 9.2 million MAU in October 2021. Currently, the app has over 8.9 million monthly active users in the country. 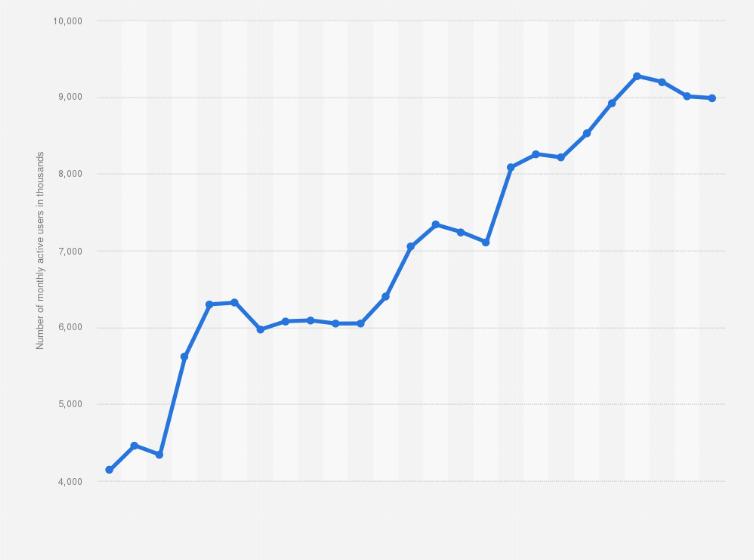 As the number of active users is growing YoY, it is expected to grow to 15 million by 2025 as per the latest forecast.

Since 2018, no app has recorded as many downloads as TikTok, surpassing the 3.5 billion all-time downloads in Q1, 2021. With the highest number of app downloads worldwide, TikTok has replaced Instagram with the top spot.

For the past three quarters, the order of the top five social apps remained unchanged, with TikTok being on top, followed by Youtube, Whatsapp, Instagram, and Facebook.

Although the worldwide google play store downloads for TikTok increased to 28.3 billion in Q1, 2022, compared to the same quarter of the previous year, the app ranked third for the same period.

This is because Instagram and Facebook led in first and second positions for Q1, 2022, with higher worldwide google play store downloads.

In Mexico, the total number of TikTok downloads on the Google Play Store was around 3 million, followed by the United States at 2.6 million downloads. 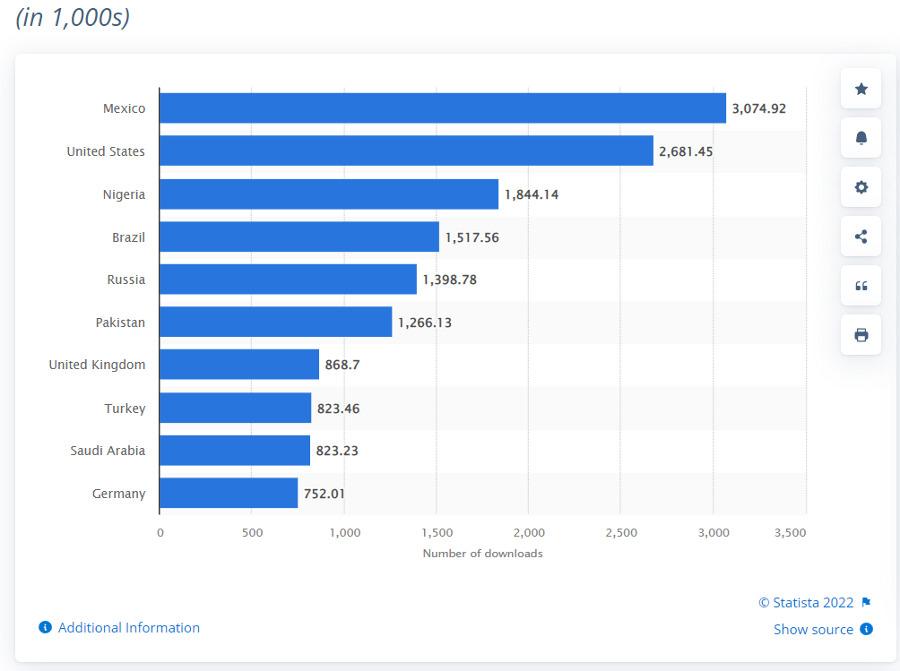 Peru is the top country worldwide that witnessed the highest growth rate of TikTok downloads from the Apple store as of Jan 2022. The country reported an increase of almost 105% compared to the last month of 2021.

As per the latest Q2, 2022 global usage data by Sensor Tower, the average time users spend on TikTok is 95 minutes (1.5 hours) per day. This is higher than any other social media app. While Instagram leads in terms of the maximum times users open the app worldwide, TikTok ranks on top for the highest usage time.

After TikTok, Youtube comes in the second spot with 74 minutes average daily usage time, followed by Instagram with 51 minutes. 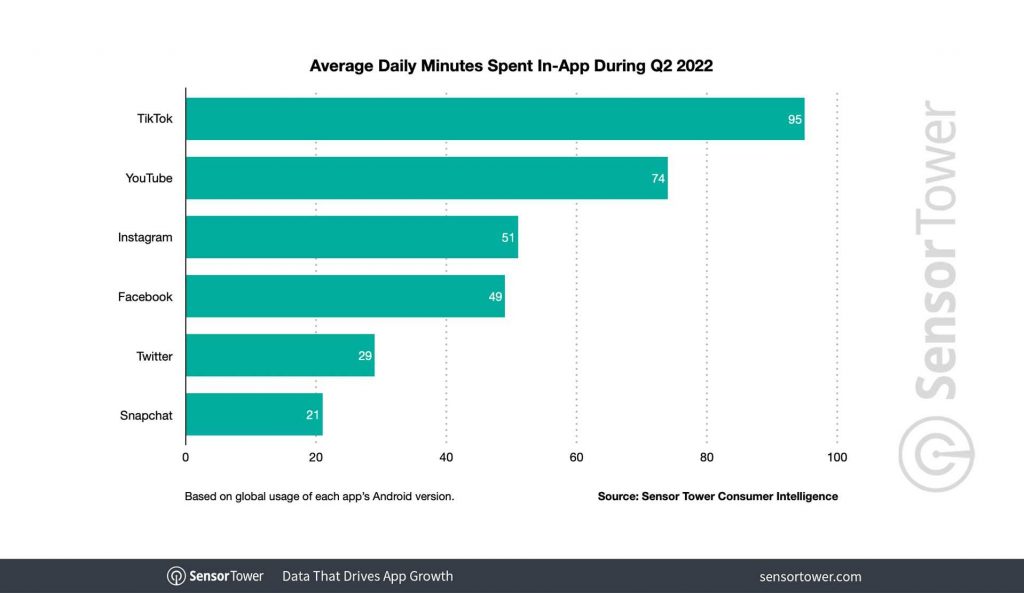 Instagram comes in the first position regarding power users engaging with the app daily (around 39%). In the second position, TikTok comes with 29% of the total google play installs opening the app daily in Q2, 2022.

Facebook comes in third place, with 27% of active users engaged with the app daily. 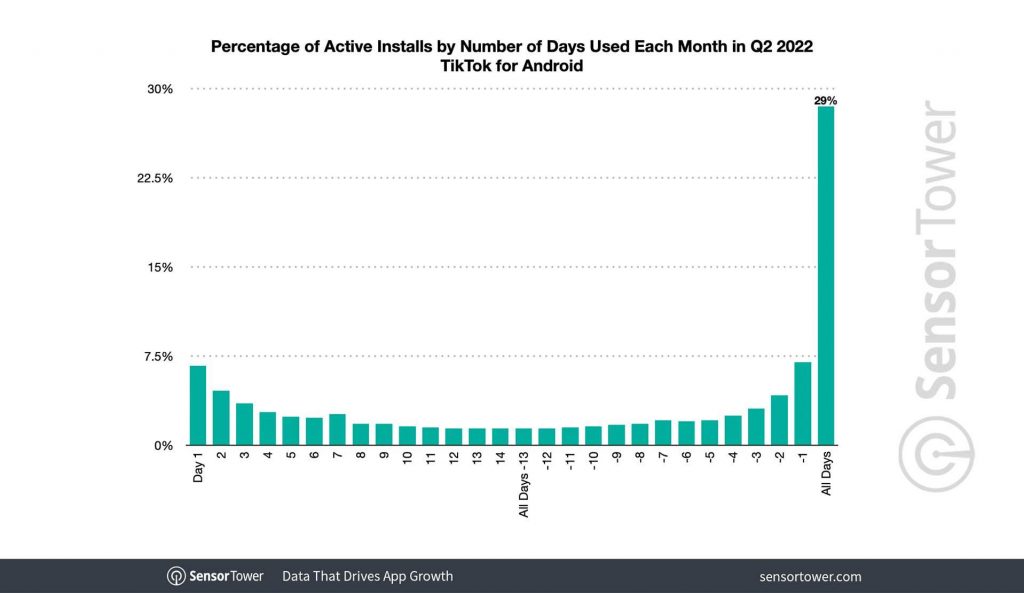 How Much Money Does TikTok Make? [Revenue Statistics]

As per the latest forecast, this year, the annual sales revenue of TikTok is set to reach around $12 billion (triple the 2021’s annual revenue). 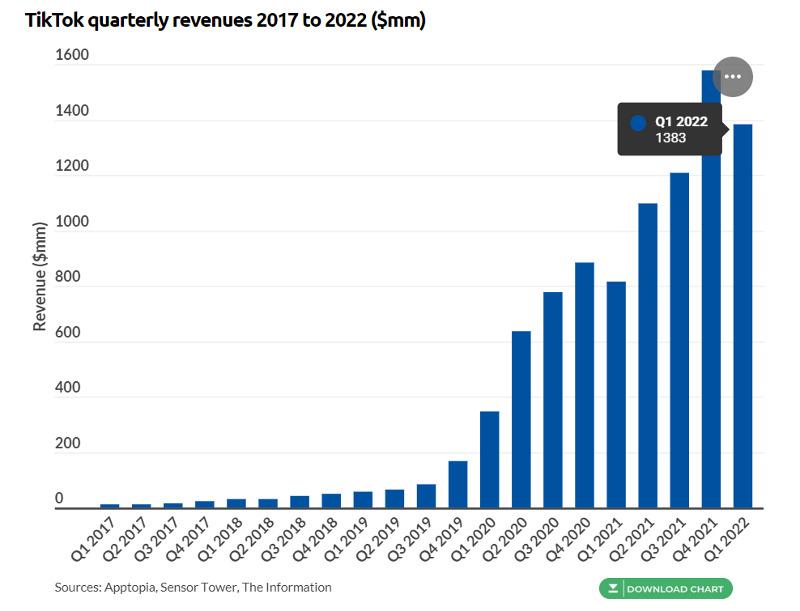 TikTok generates revenue primarily through ads and in-app purchases worldwide. According to the SensorTower data, between 2020 to 2021, TikTok witnessed more than $110 billion in user spending.

Out of the total revenue generated by TikTok, 79% came from Douyin in China in 2021. The other 8% came from the US and 3% from Turkey. 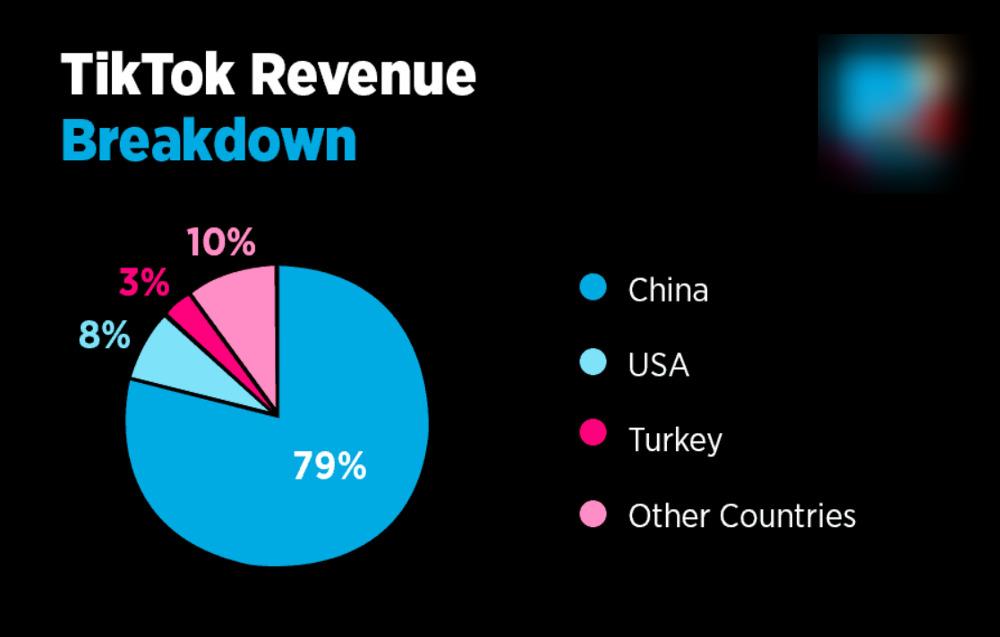 As per Tiktok’s latest ad data collected by the DataReportal, around 43.3% of TikTok users (making around 419.7 million worldwide) belong to the 18-24 years age group. The user percentage of other age groups is as follows:

As per the latest data for April 2022, most TikTok users globally are women and belong to the young age group. Here is the percentage distribution of male and female TikTok users across all ages: 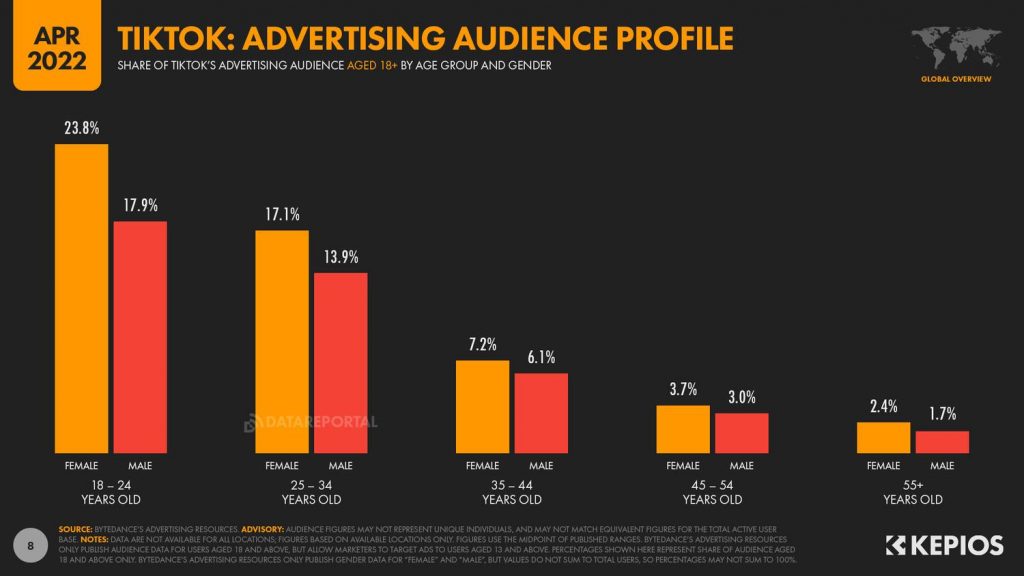 As per the latest data, the US’s largest Tiktok users demographic group is aged between 18 to 34 years. Here is the user percentage by various age groups:

The rest of the user percentage by annual income in the US is as follows: 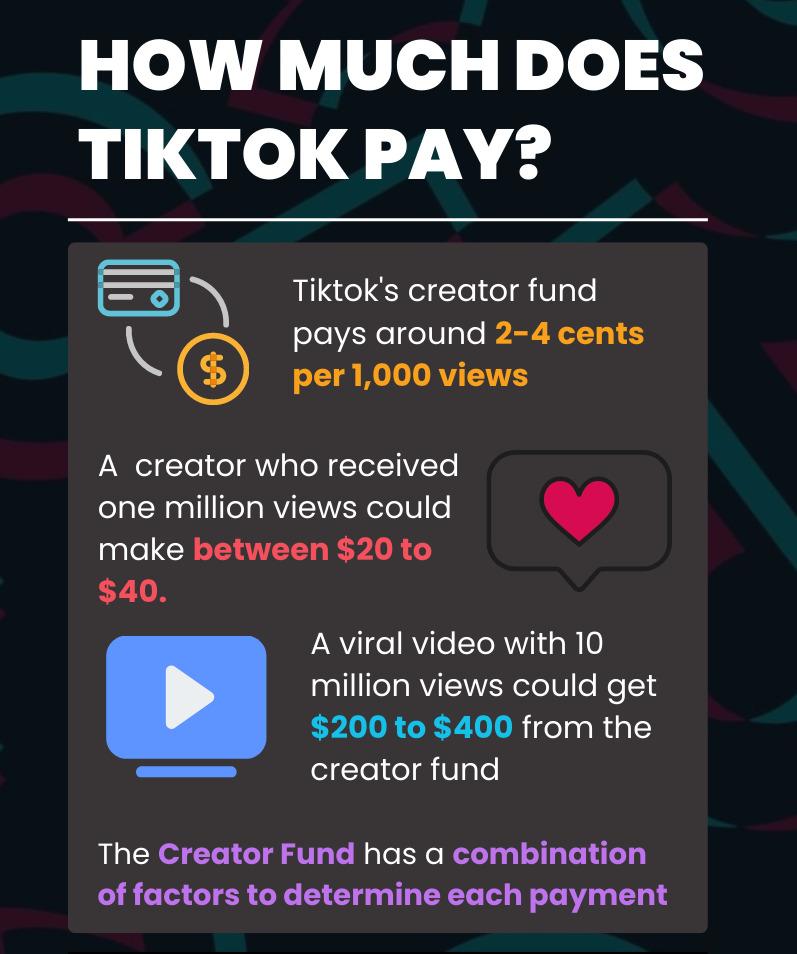 How much money do creators get per view on TikTok?

Through its “Creators Fund,” TikTok pays money to creators for their popular videos. However, the payout amount of various creators varies according to certain factors which aren’t disclosed by TikTok publicly. But on average, TikTok pays around 2 to 4 cents for every 1000 views.

It means a video with a million views on TikTok earns around $20-$40 through Creator’s fund. But, to get paid for their video views, creators must apply for the  TikTok “Creator Fund” and get accepted.

Apart from this, creators can generate income on TikTok in various other ways, like:

For different TikTok creators, the best posting times differ depending upon their:

However, the global best posting times on TikTok (in ET) are:

You can use the conversion tool to convert the ET to your timezone to post the videos on TikTok at the best posting times. 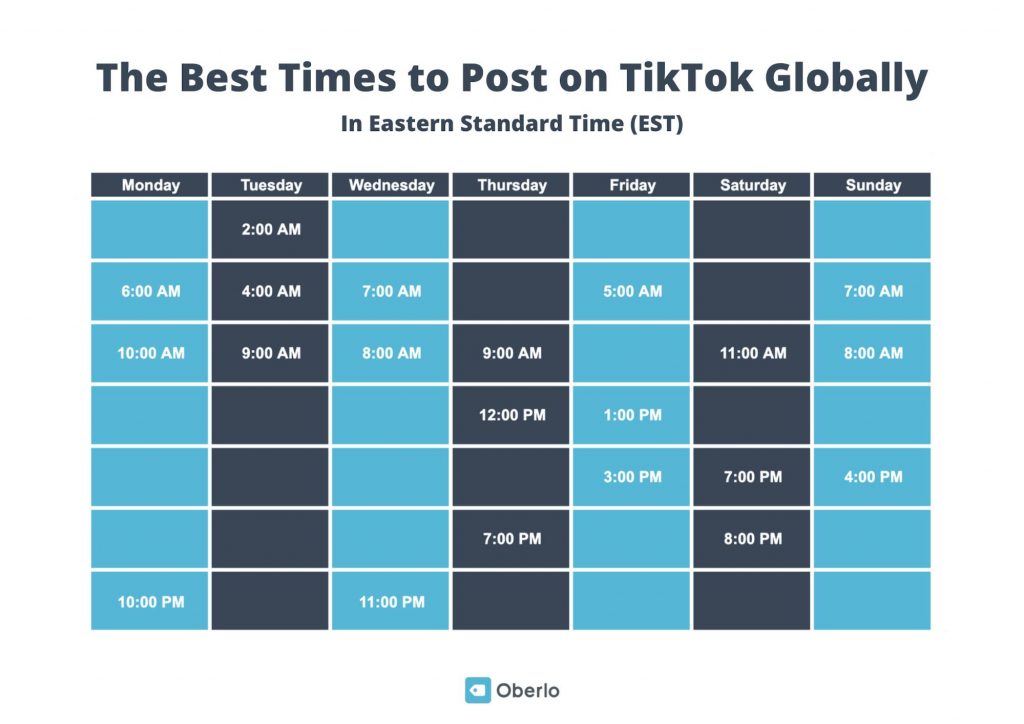 What Does Ratio Mean on TikTok?

You might have seen “Ratio Me” or “Ratio” in comments on various TikTok videos, which is one of the popular trends on the platform. But what does it actually mean?

The term “ratio” was invented from Twitter, where a particular tweet is considered as “ratioed” if it receives more quote tweets or retweets than the likes or comments on it.

Generally, when content gets ratioed on Twitter, it is considered negative as more people are retweeting or talking about it rather than engaging (liking or commenting) on the tweet itself. However, on TikTok, it is not the same.

On TikTok, Ratio means a commentator is asking other commentators to vote for his comment via likes. So if a video has around 5k views and someone is commenting on it as “Ratio 1:1”, it means he is asking for the same number of likes on that comment as the video receives.

There are hundreds of content categories on Tiktok, however the best-performing ones are:

2. What is the watched tiktok video & creator?

The most viewed video on the platform belongs to one of the most famous TikTok profiles, i.e., Zach King (also known as the king of Illusion). In Dec 2019, he posted a Harry Potter Illusion video where he was apparently flying on a magic broom. The video received over 2.2 billion views and became the most viewed video till now on TikTok.

3. What is the usual Tiktok video size?

While TikTok allows users to upload videos of up to three minutes on its platform, several studies have suggested that the optimal video size is between 21-34 seconds. As TikTok is a viral short video platform, the audience usually engages more with videos not longer than 1 minute.

These latest TikTok statistics indicate how the app is emerging as the most viral short-video app worldwide. TikTok has been beating other popular social media apps like Facebook, Youtube, Instagram, etc., in every aspect (from total app downloads to user engagement) in recent years.

It is performing well even in those countries where it got banned temporarily in the past. It would be interesting to see how the app will dominate the market in future. Till then, keep checking our related facts & stats blogs. 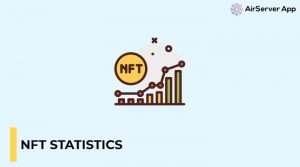 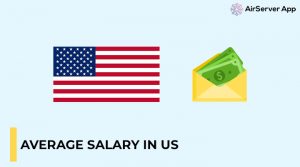 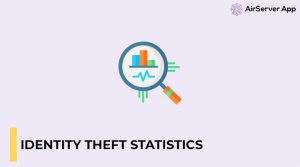 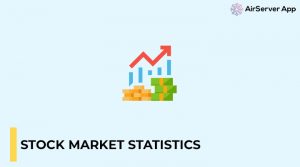 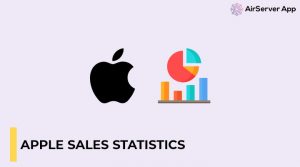